Omaha.com: Highlander project could be ‘game-changer’ for north Omaha 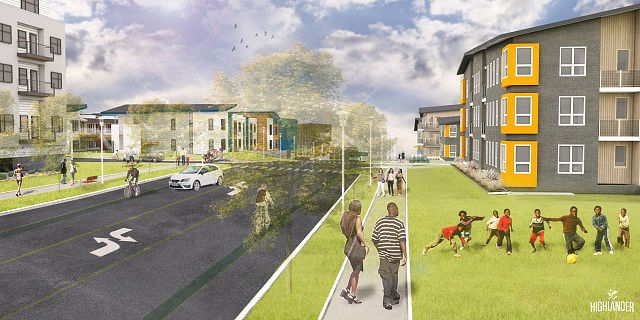 A rendering of the finished first phase of the Highlander development on North 30th Street. There will be a groundbreaking ceremony today for the project, which is being developed by the nonprofit 75 North. | 75 NORTH REVITALIZATION CORP.

Former Omaha Police Chief Thomas Warren, chairman of 75 North’s board of directors, said the development was particularly exciting for someone who was born and raised in north Omaha and policed its streets, including the often-rough Pleasantview projects.

“It warms my heart, not only in terms of the physical structures, but what it will represent in terms of the lives of people in the neighborhood,” said Warren, CEO of the Urban League of Nebraska.

This entry was posted in News. Bookmark the permalink.